> read article
Pro Silva announces that is going to summarize and present all their exemplary forests all over Europe
Members
Activities / Annual Meetings / earlier meetings are under re-construction...
Annual Meetings

9 historical meetings are under reconstrucion 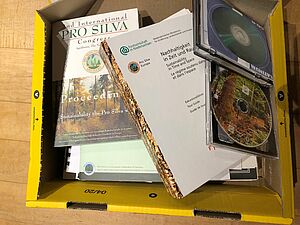 In the meantime I received a "magic box" from Hermann Wobst, who has an archive about ALL Pro Silva meetings since 1989. So there is a lot of work to scan the documents and reconstruct the meetings.

SInce the founding of Pro Silva in 1989 each year a meeting was organized, just 2020 was postponed to 2021 due to Corona.