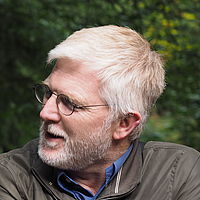 Padraig O Tuama currently works as a private consultant focusing on continuous cover forestry. In past, Padraig was Best Practice Team leader – Forest Productivity with Coillte Teoranta in Ireland. Padraig trained as Forester in the Department of Forestry Training School graduating in1983 Padraig has worked as Assistant Forester, Training and Safety Manager, Timber Sales and Marketing Coordinator, Resource Planning Manager and Forest Manager before becoming District Manager in Southwest Peninsulas District in Coillte in 2006 up to 2012. He has been Task-Leader for LISS in Coillte Teo. since 2003. He has put in place training courses in CCF in broadleaves and in conifers, has established the link with the AFI in France and set up the first AFI site in Ireland. He was also involved in drawing up the LISS policy for Coillte and the establishment of the 34 designated sites in Coillte. Padraig worked on COFORD/UCD Low Impact Silviculture Systems Research project from 2010 to 2014 through which a further five AFI sites were established in different forest types in Ireland.