go back to Pro Silva Bohemica

The deteriorating condition of forests due to drought, bark beetle calamities and overpopulated game was to be resolved through changes in the forest law.

During the discussion of the changes in the autumn of 2019, a dispute arose mainly about the role of the state in the regulation of overpopulated game. The proposal of a part of the deputies of government and opposition parties provided that the hunting authorities would determine the plan of hunting management in hunting grounds instead of their owners and hunters. The reason is the effort to reduce the number of overpopulated ungulates.

The Minister of Agriculture supported this, stating that the changes are based on the previous year's government proposal. For were academics and ecologists. They were annoyed that the deputies did not approve the extension of the deadlines for reforestation (2 years after harvesting) or did not limit the intentional clear-cutting (mostly 1 ha). Overpopulated game is currently the main barrier to the restoration of damaged forests.

As a result, this part was adopted with a deferred validity, during which the Ministry of Agriculture drafted a completely new version of the Hunting Act in a record short time, which will be discussed in parliament in autumn 2020. 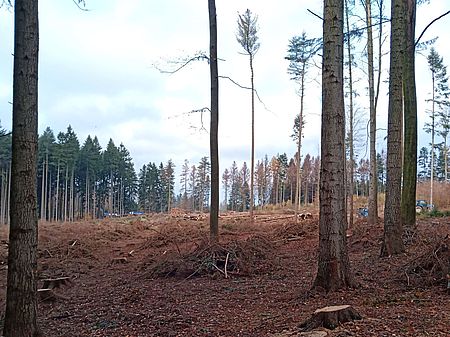 It was approved that the measures supporting the fight against bark beetles will be able to be newly determined by the Ministry of Agriculture, regional authorities and municipalities with extended powers. The measures take effect immediately. There are also clear rules for financial contributions to non-state forest owners to address the impacts of the bark beetle calamity.

The Ministry can now grant exemptions for the use of seedlings in the event of a lack of suitable growing material. The forest owner will be able to apply for them. The ministry, like regional and municipal authorities, has the option of banning people from entering forests for their safety. The ban can be valid for up to three months and can be extended.

The Chamber of Deputies inserted into the law a ban on the privatization of state forests, except for the exchange of forests or sale in the public interest. MEPs also approved a proposal to limit the removal of logging residues where forests do not have enough nutrients.

Usual production of up to 20 million cubic meters has doubled in recent years and forecasts are getting worse. Almost half of the wood in the raw state was exported for processing abroad. The situation was greatly complicated by quarantine due to covid-19. But the crisis is a great chance for the necessary changes.

45 members of the Czech branch office of Pro Silva Europa - Pro Silva Bohemica visited Switzerland to see the best practice of selection forests. In between August 27th and 31th they went to Couvet and Emmental (Toppwald) on a study trip.

The topic of this study trip was a history, a present and a future of selection forests in its real home. Czech foresters who support close to nature forest management based on Pro Silva principals had a chance to see forests stands where Henry Biolley and Walter Ammon worked and their followers continue and face to face the hard influence of climatic change. Selection forests are still alive but climatic, economic and social changes hit hardly this tradition concept of the close to nature forest management.

Aplication of selection principles and following of the nature is the only sustainable way for foresters in Grenchen and Selzach too (Swiss Jura). They decided to change their mind and management system 25 year ago to prepare forest for the future. Members of Pro Silva Bohemica saw clearly examples of conversion of clear cutting system to the „Dauerwald“.

The winner will be Oak

Swiss foresters estimate that the winner of the climatic change in Switzerland is going to be Oak. Nature shows the way and foresters have to follow it and accompany the forest softly into the future by application of selection principles.

On the 25th and 26th of October our member organisation "Pro Silva Bohemica", supported by the EFI Office Bonn, organised a conference with an excursion on the topic of forest conversion under the aspects of bark beetles and climate change.

The international conference presented examples from the exemplary forestry operation of Constantin Kinsky near Kocanda (Czech Republic). More than 100 participants followed the presentations of the local foresters and the scientific accompaniment by Pavel Bednar and Tomas Vrska. An extensive conference book of the lectures of the first day and of the forest excursion of the second day was presented
The event was supported by the Czech Ministry of Agriculture and high-ranking representatives from there and from the Ministry of Environment participated.

A natural forest reserve was shown and especially the substructure of the spruce stands with beech and fir (mostly in the fence) as well as abundant natural regeneration. Climate change resistant forests are supposed to develop where, as is proven by studies by Tomas Vrska in natural forests, the spread of bark beetles in mixed stands is severely slowed down.

The opportunity for professional exchange with Austrian neighbours is the beginning of closer cooperation. An invitation has been issued to Austria to visit example farms where the transformation has already progressed further. 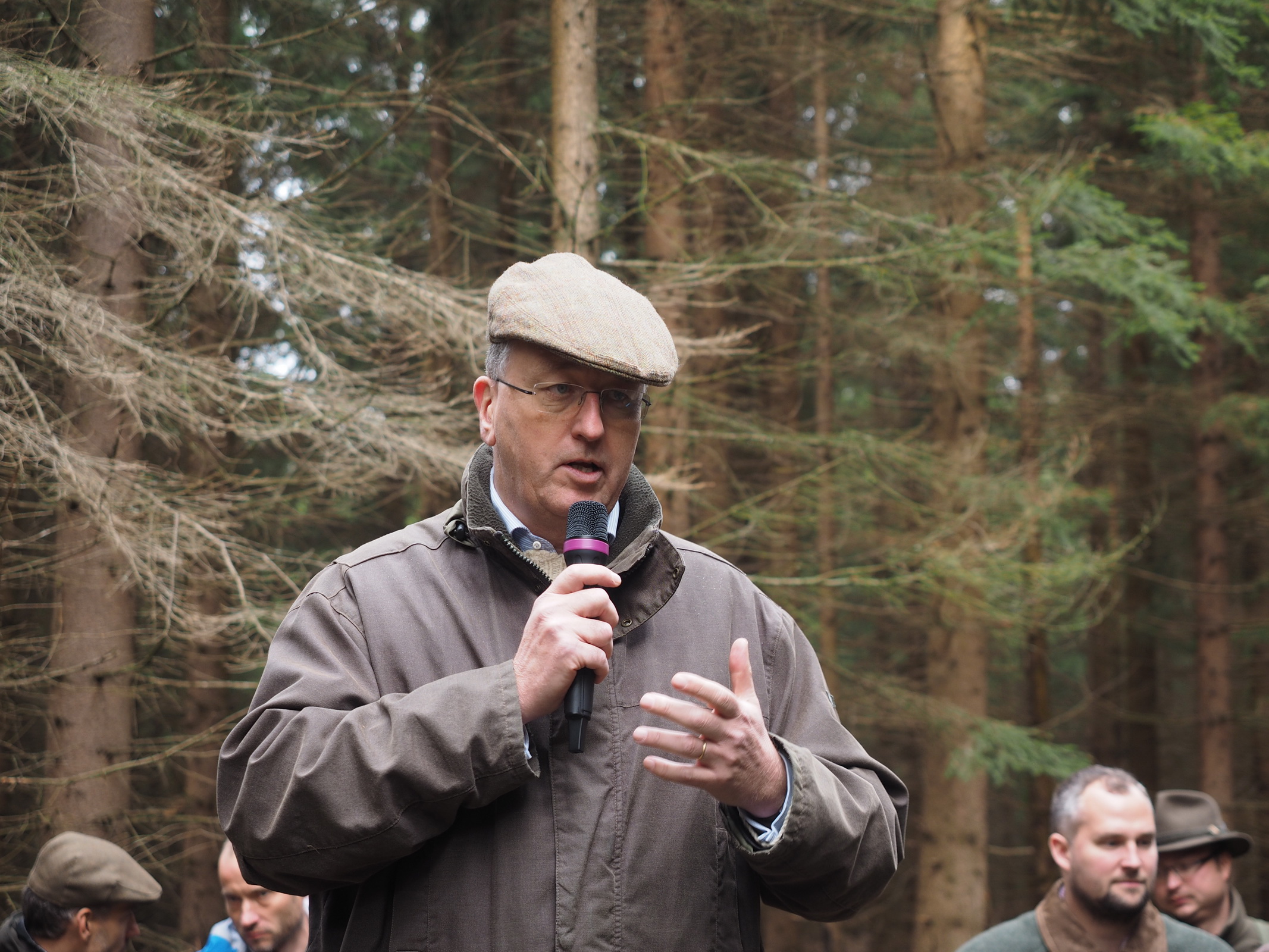 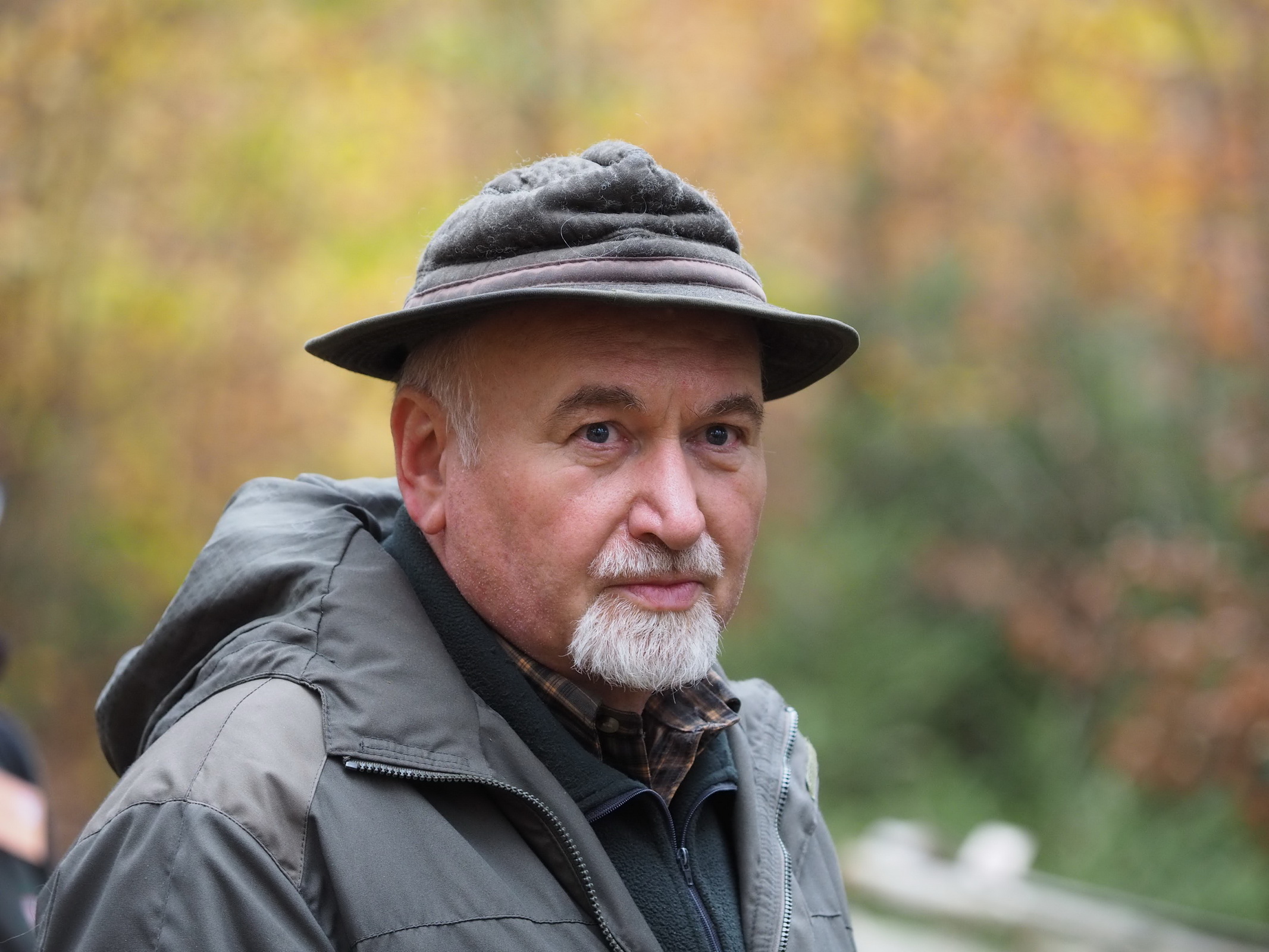 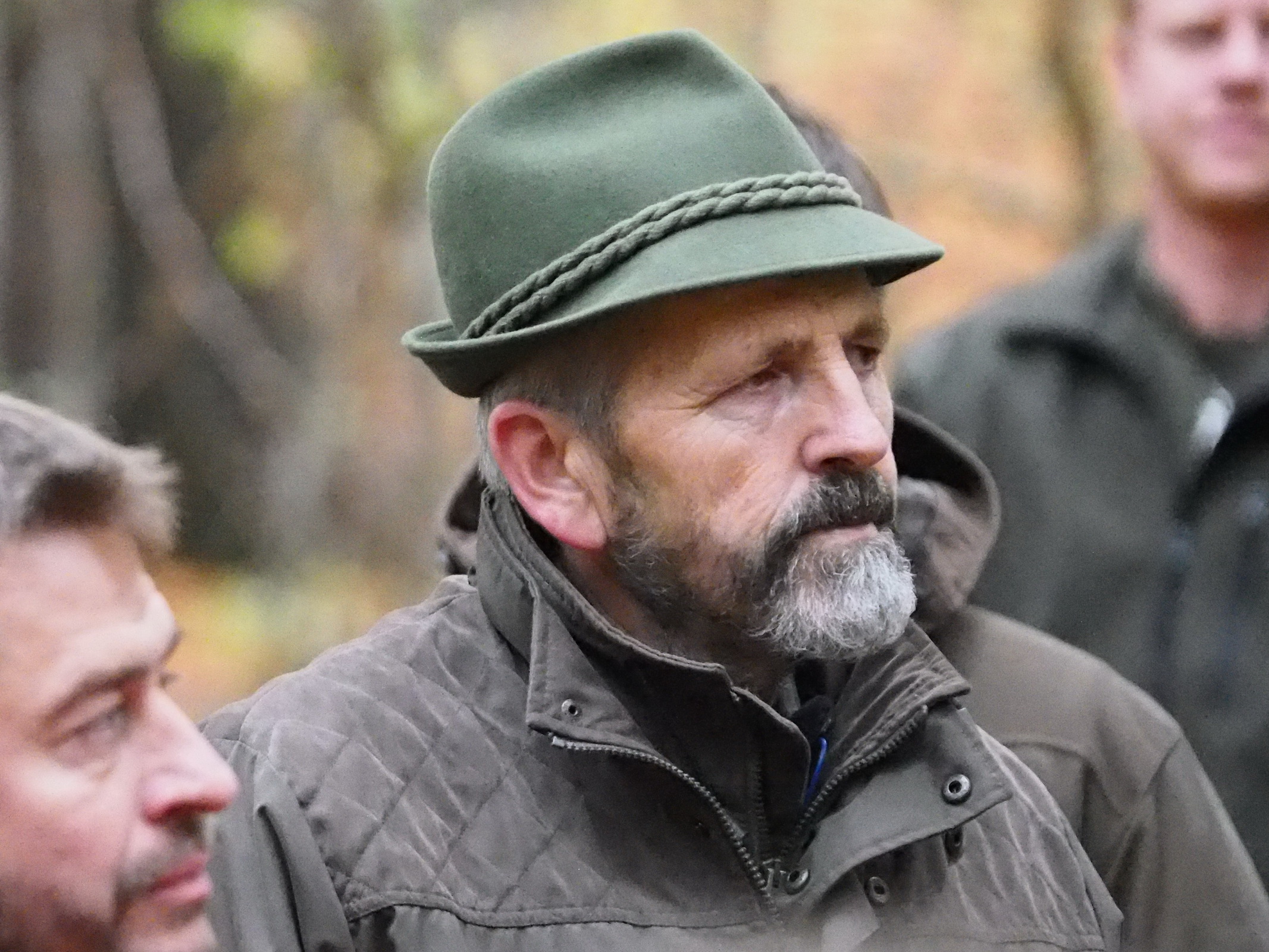 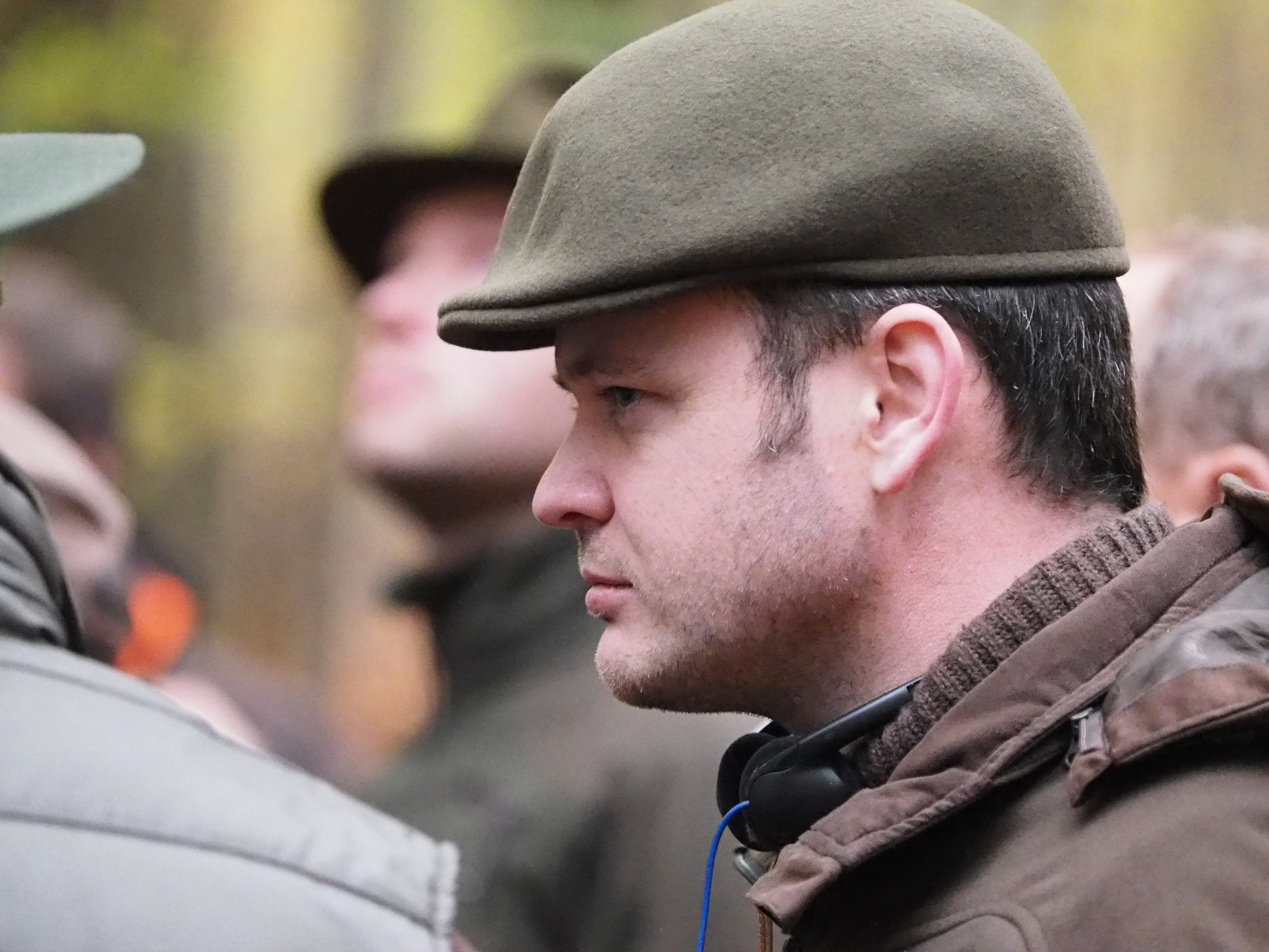 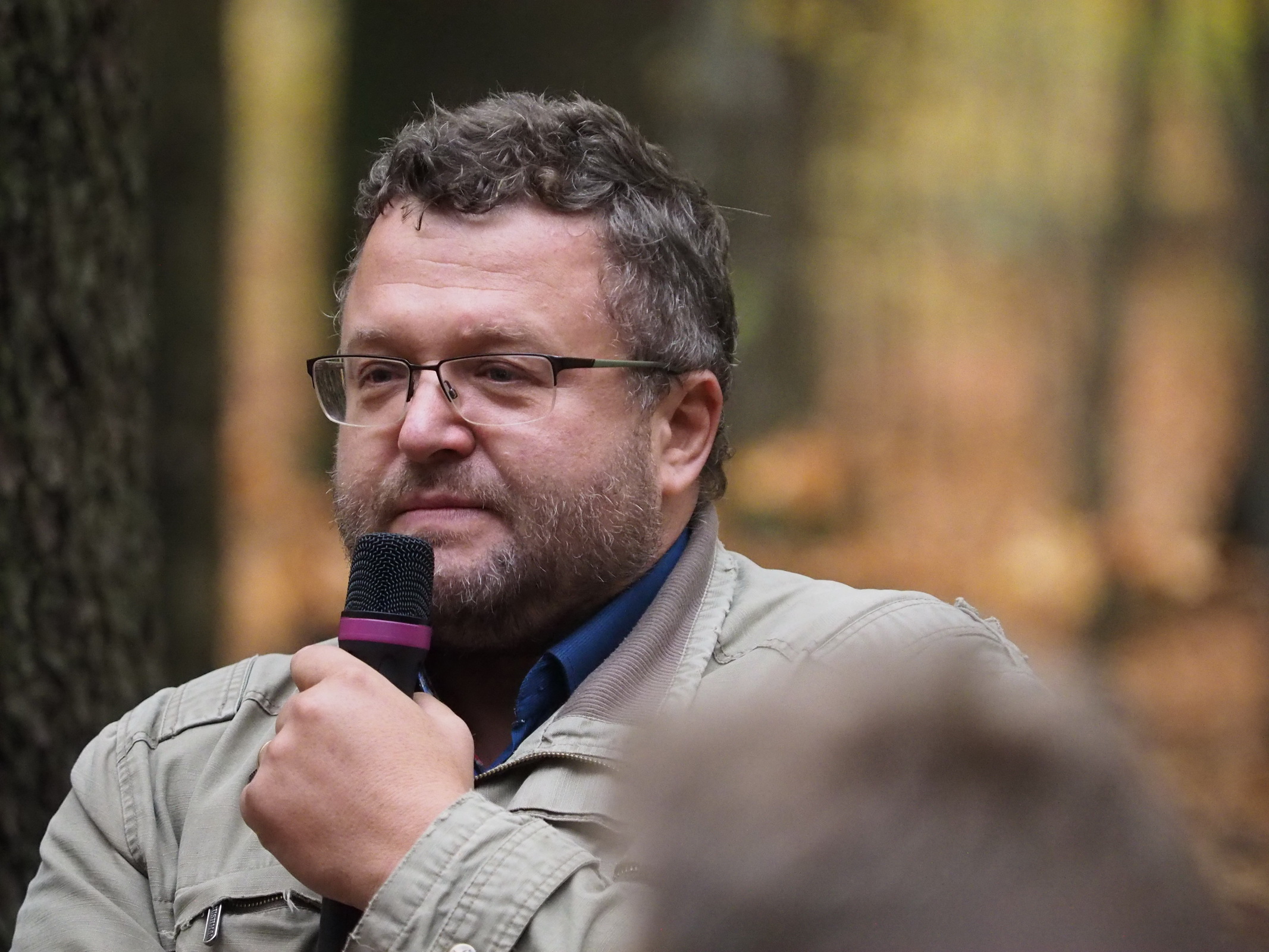 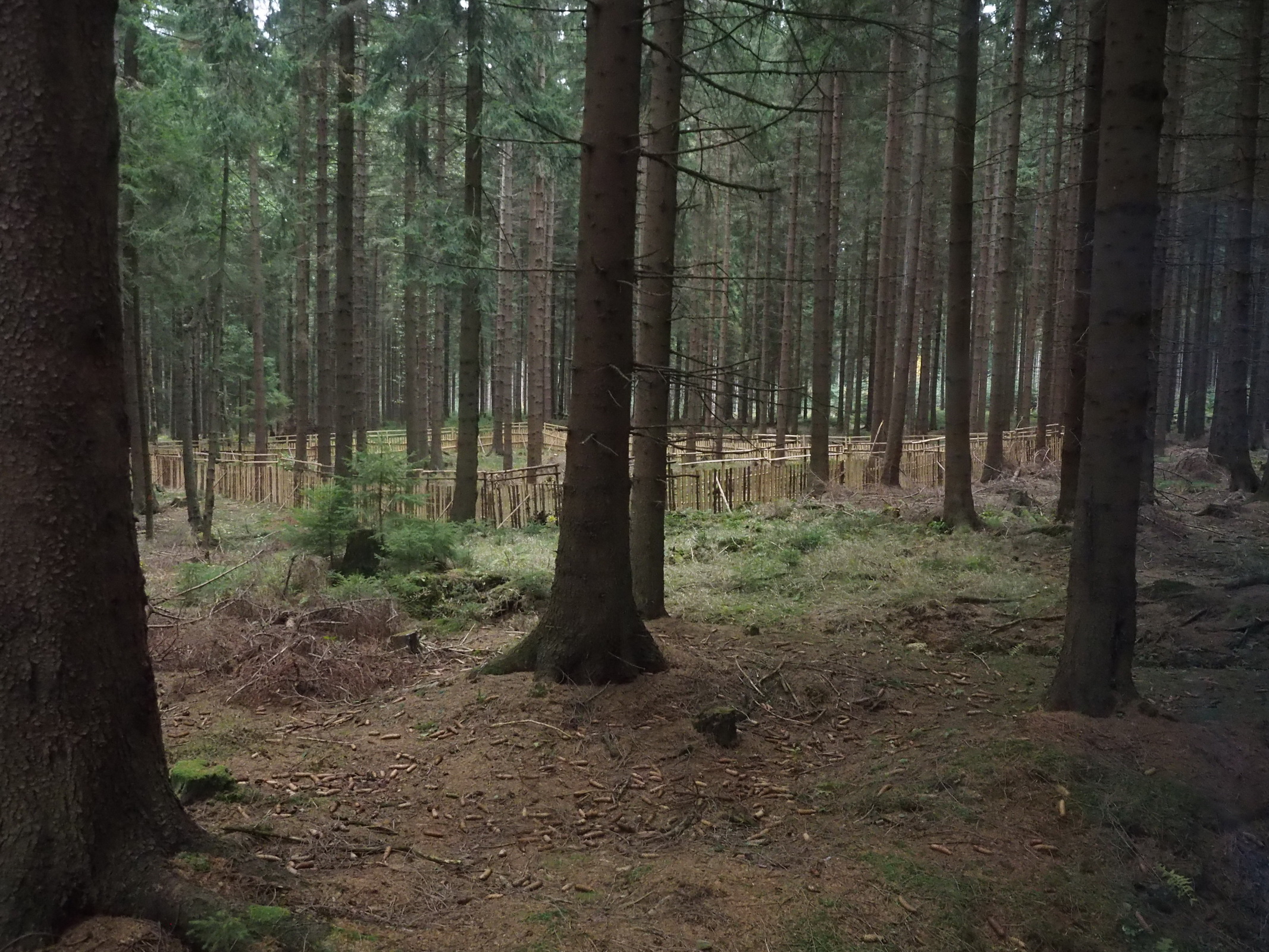 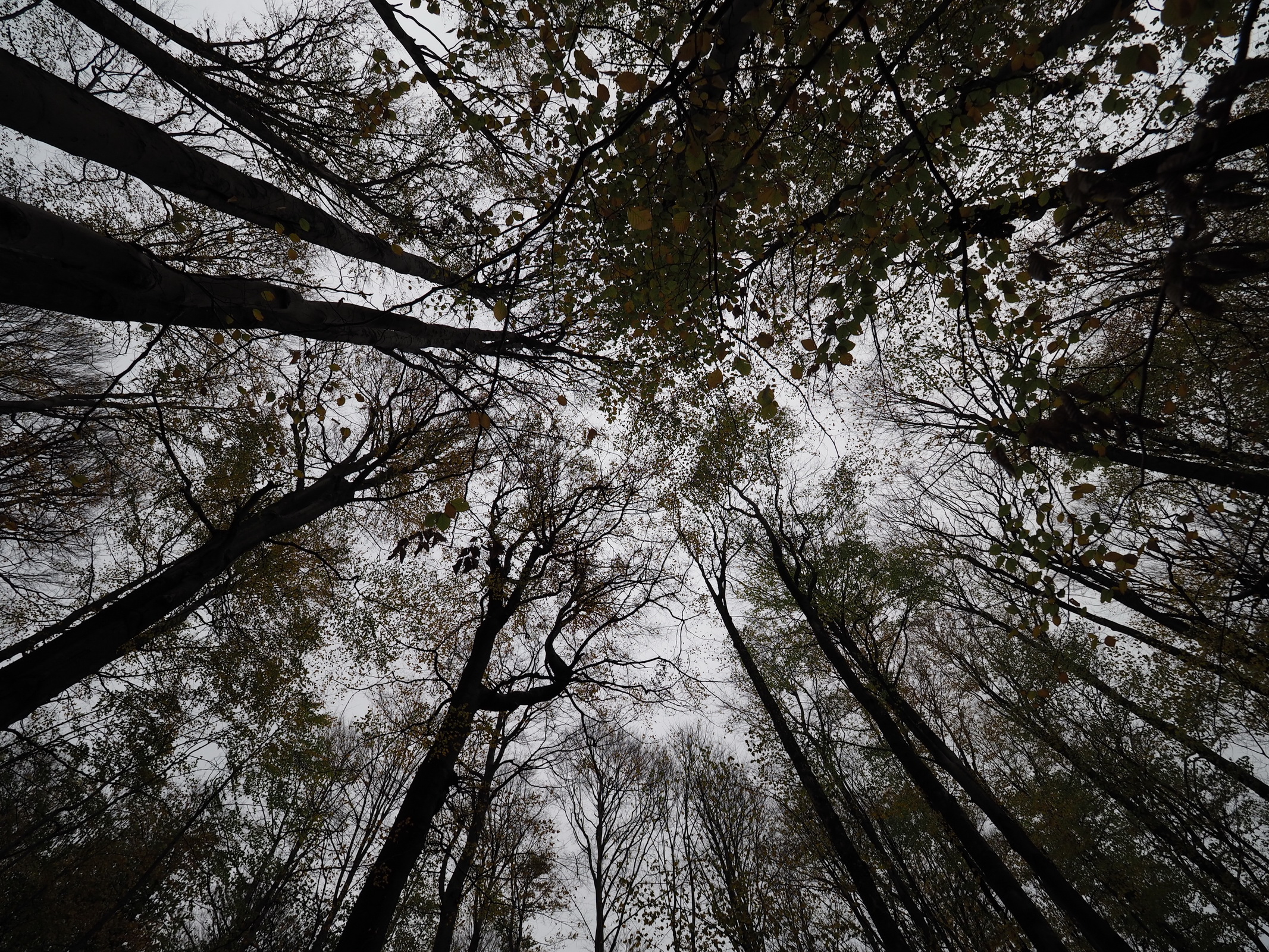 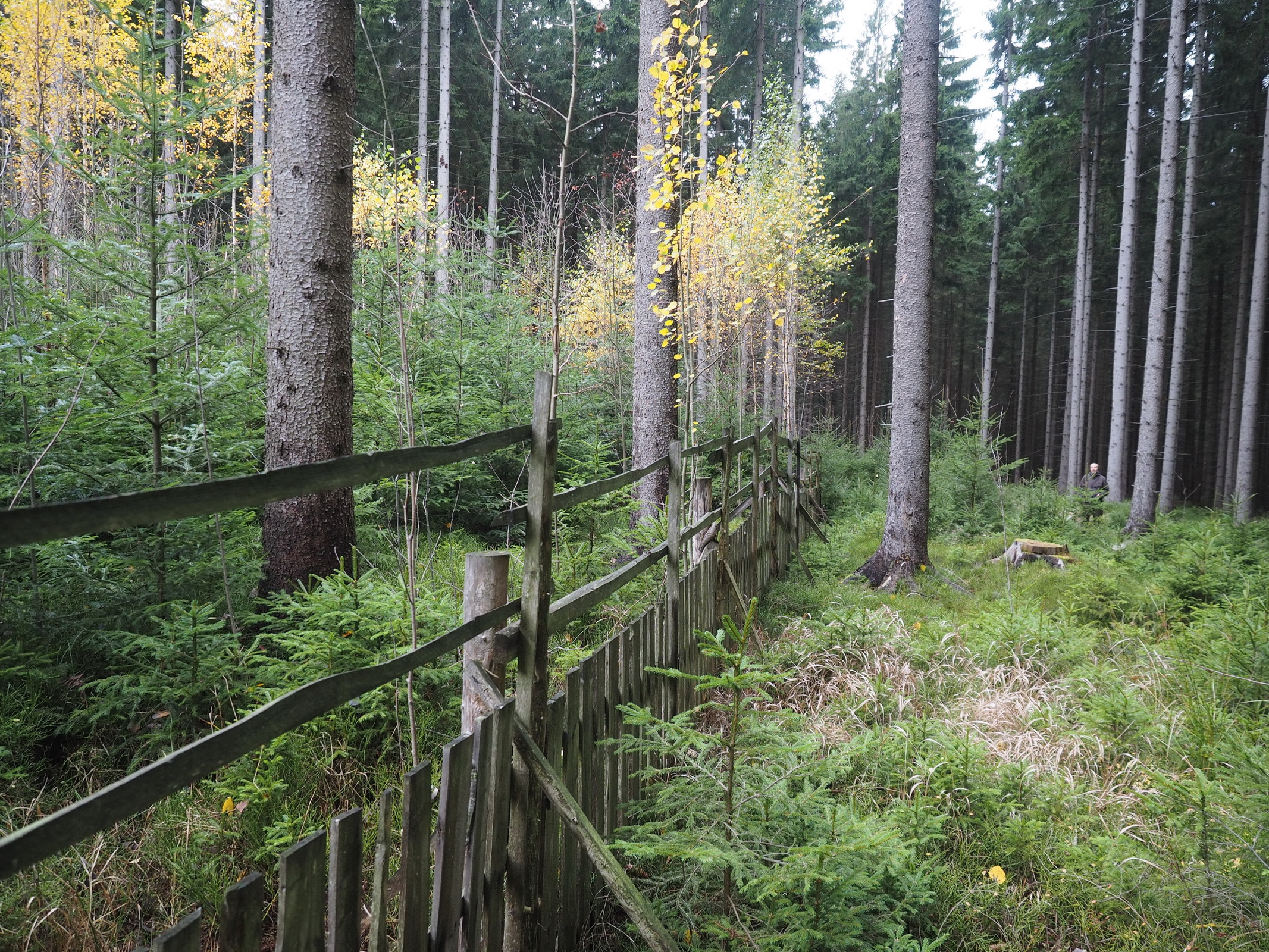 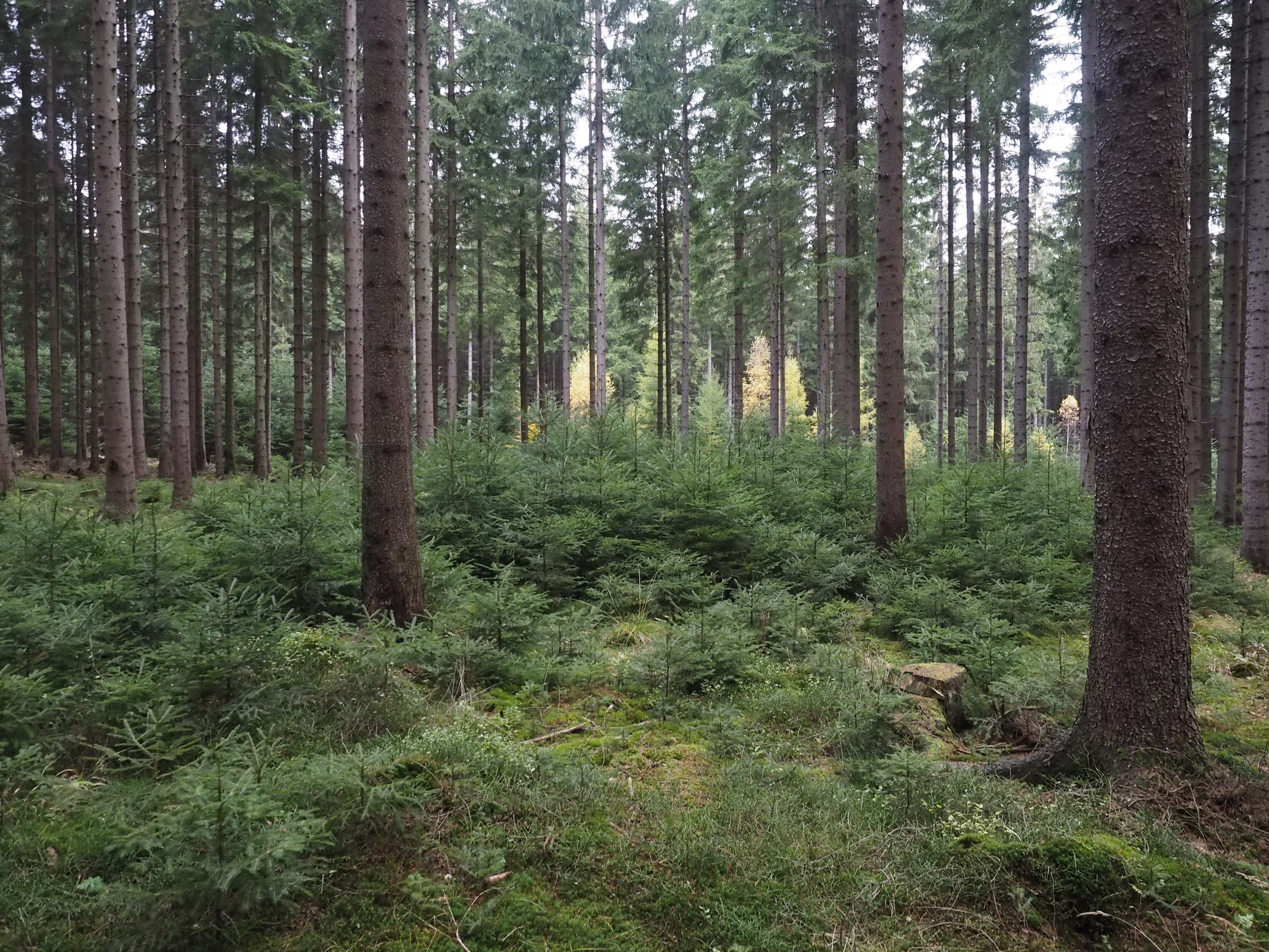 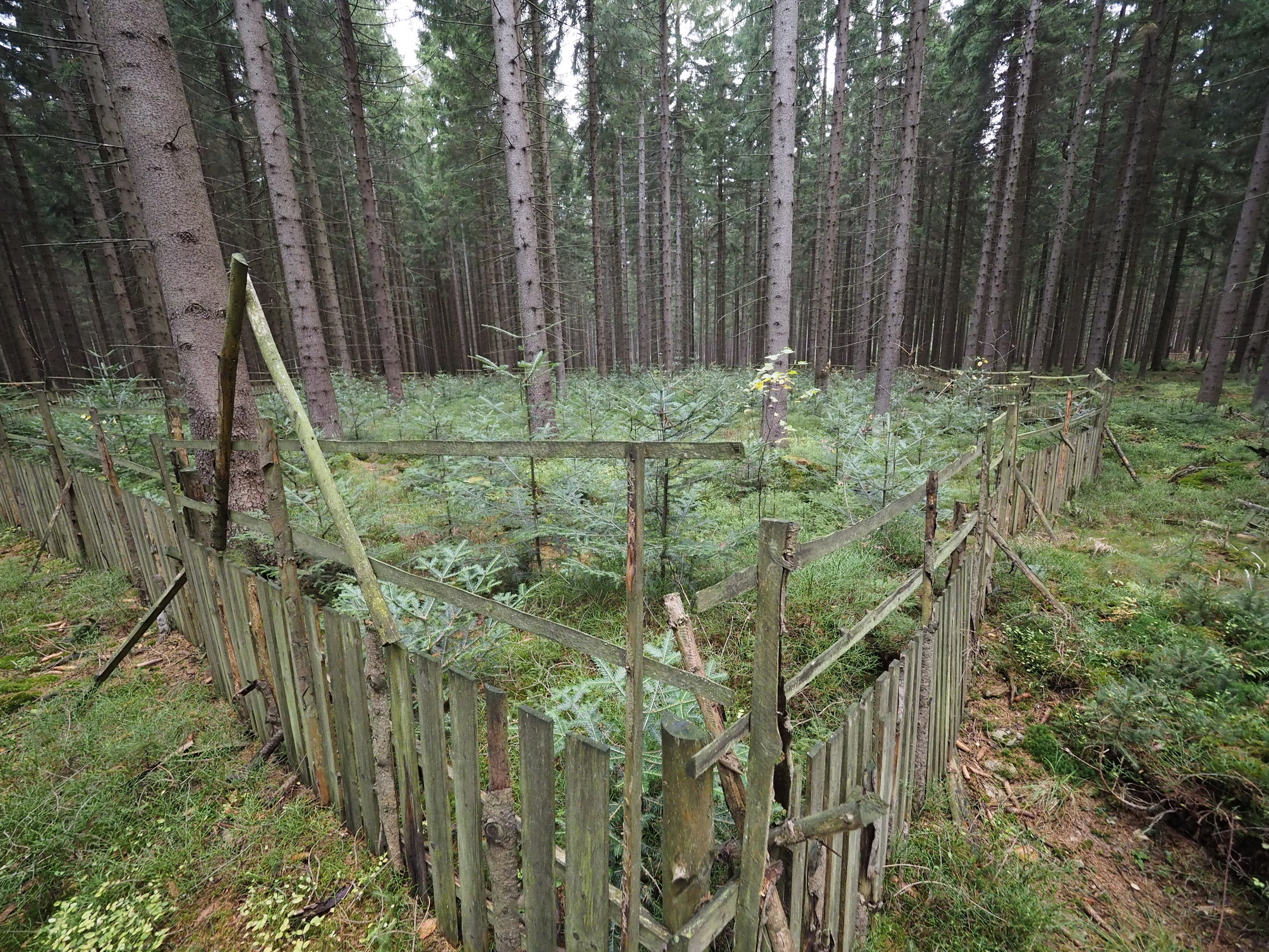 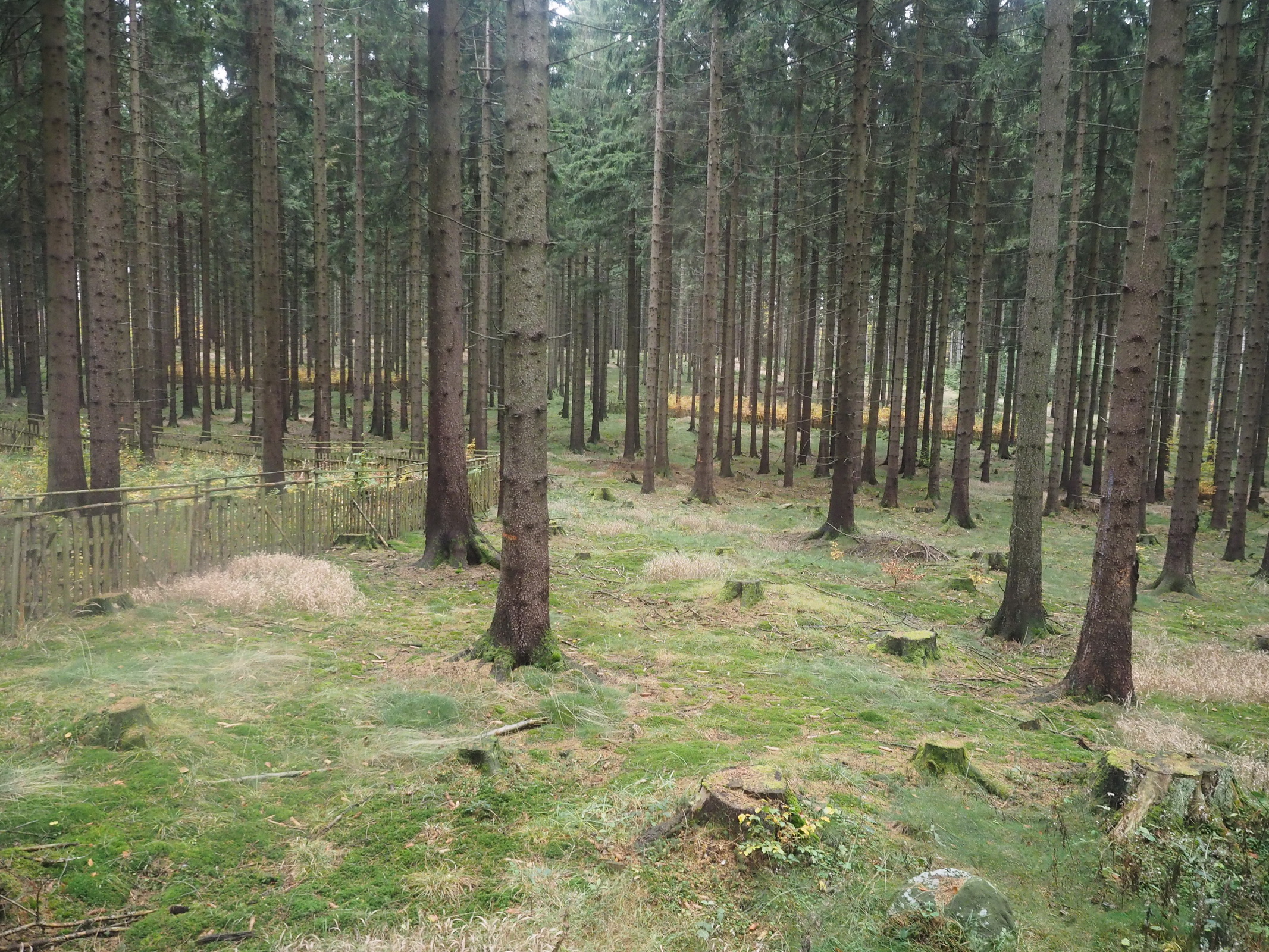 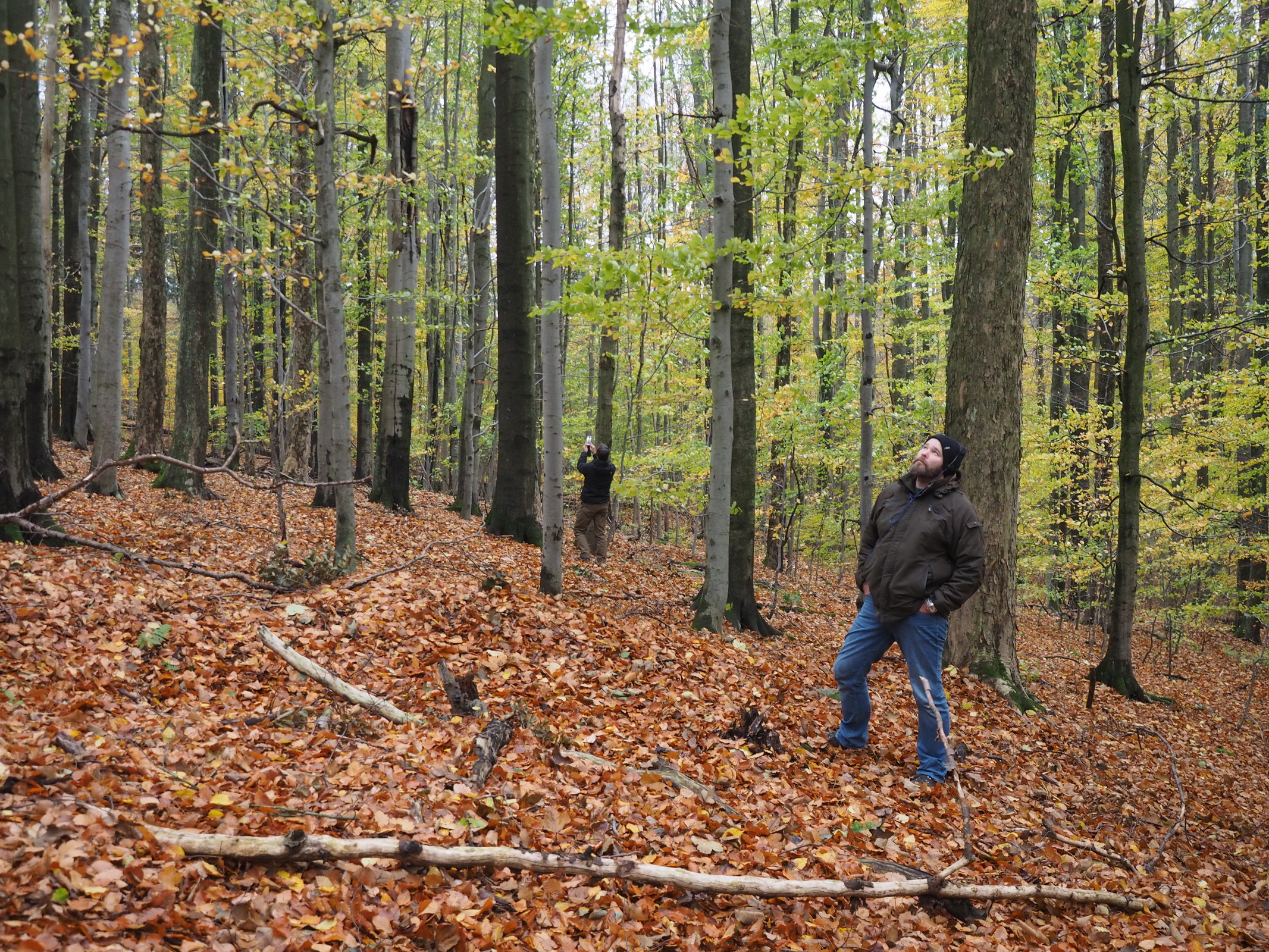 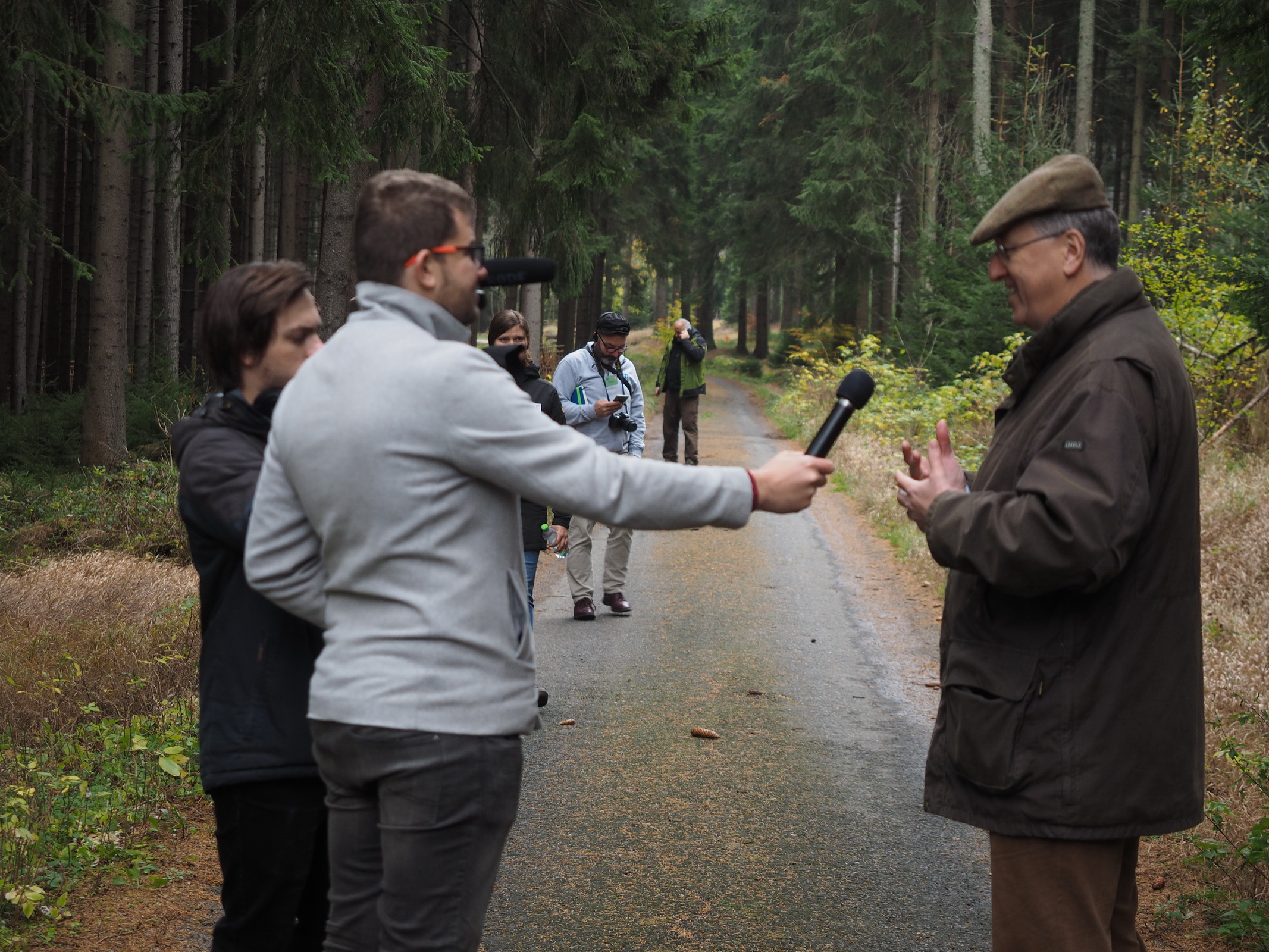 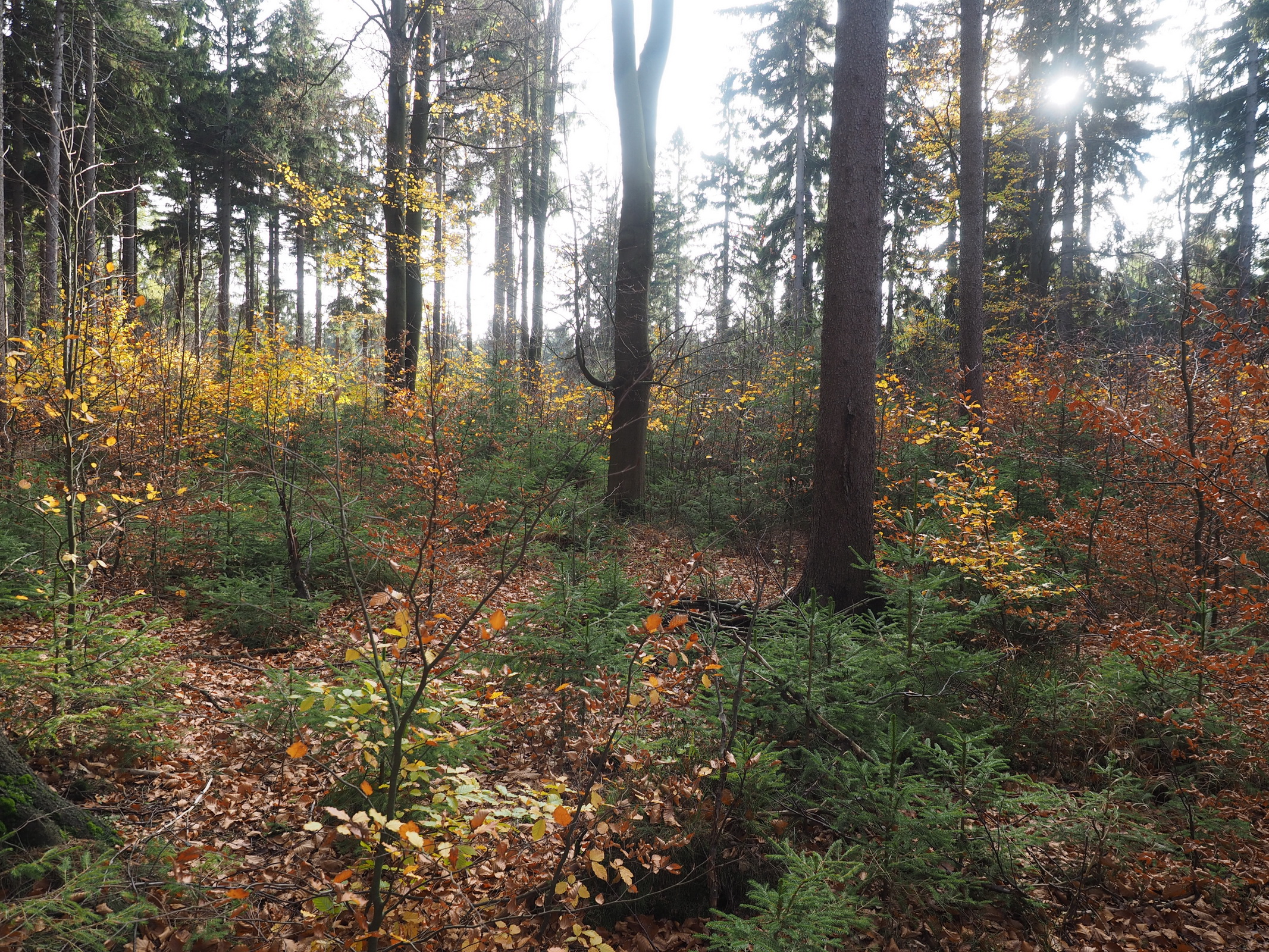 Go to Website of Radio Prague to read the report.