News from the Netherlands

go back to Pro Silva Nederland

Due to the deteriorating Corona situation, ProSilva Netherlands unfortunately decided to cancel the planned anniversary meeting of Pro Silva Netherlands on the 15th of October. The symposium on the Schovenhorst estate to celebrate their 30th anniversary can hopefully take place at a later date.

Pro Silva Netherlands celebrates this year its 30th anniversary. They cellebrate this on the 15th of October with an 'anniversary meeting' on the estate 'Schovenhorst' in Putten.

For this meeting, they are now working on the translation of the brochure from our Walloon collegues from Pro Silva Belgium. This Dutch translation will be presented during the anniversary meeting. From that day, the Dutch brochure can be bought for € 10,00.

Since March 2020 Pro Silva Netherlands have a new sectretary. After 13 years Martijn Boosten stepped down and Martijn Griek is his successor. Martijn Griek works at "Bosgroep Zuid Nederland" and can be reached at prosilva(at)knbv.nl. 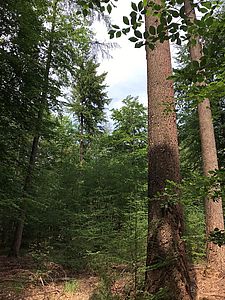 Pro Silva Netherlands had highly successful excursions in October 2019. The three days - with the same excursion - were completely occupied. (over 90 guests). The Excursion took place at the forests from “Kroondomein Het Loo” near Apeldoorn, where the president of Pro Silva NL René Olthof works and lives.

The main theme was the conversion of even aged stands to uneven structured forest. His approach has resulted in 27 years of stands which are often still of the same age (mostly with natural regeneration) but with a high variation in diameter and structure. The participants could see a diameter spread there from 15 to 80cm DBH in a 75-year-old Douglas fir stand. They have been shown that one should be concerned about light conditions, that this can be achieved by harvesting thick trees, starting with poor quality. At this excursion target diameters for different qualities have been introduced to make better decisions. The thin repressed trees of the original stand are still growing and under improved light conditions they still produce very satisfactorily. (This is also the fact at the thicker repressed trees of course)

They have been shown the growth as a return on investment of different diameters, where thinner trees are financially much more viable than the thickest trees, because the kubic meter price can increase much more. It is important to leave them standing and harvest them later at the right aim diameter. This all sounds very logical, but it is not a normal procedure in Holland. Through a process where mostly all structure is harvested away, one often falls back to clear cutting. 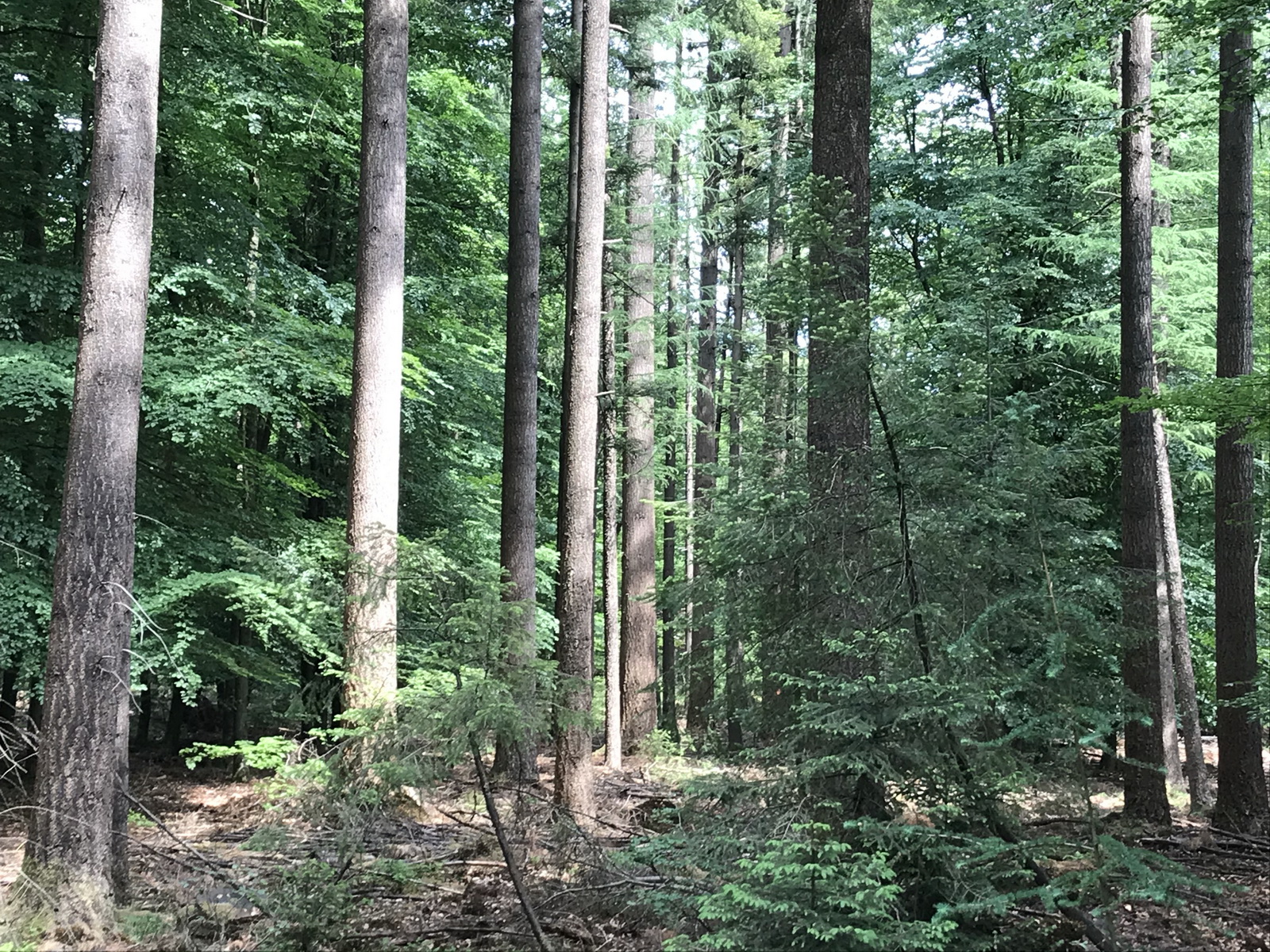 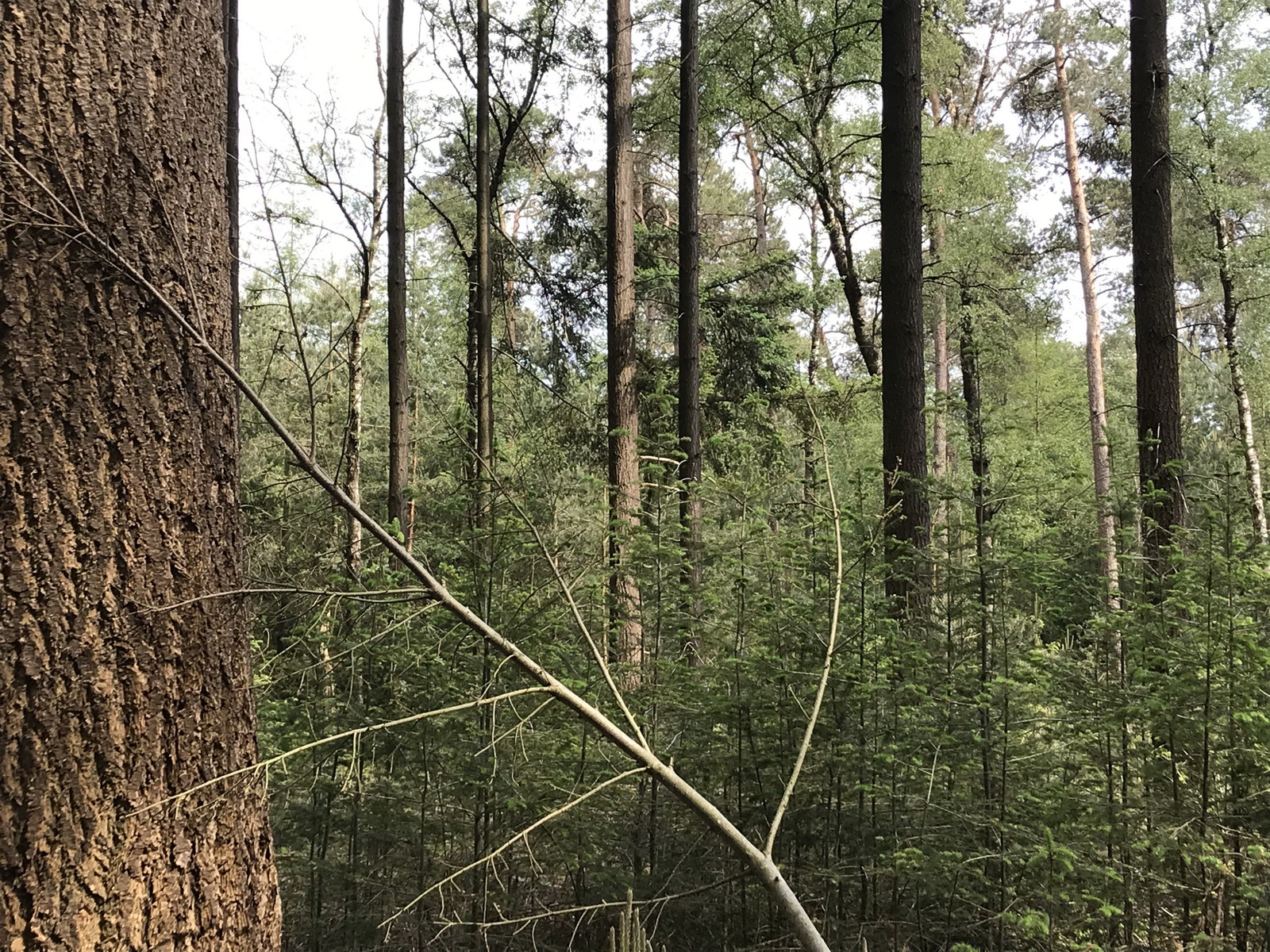 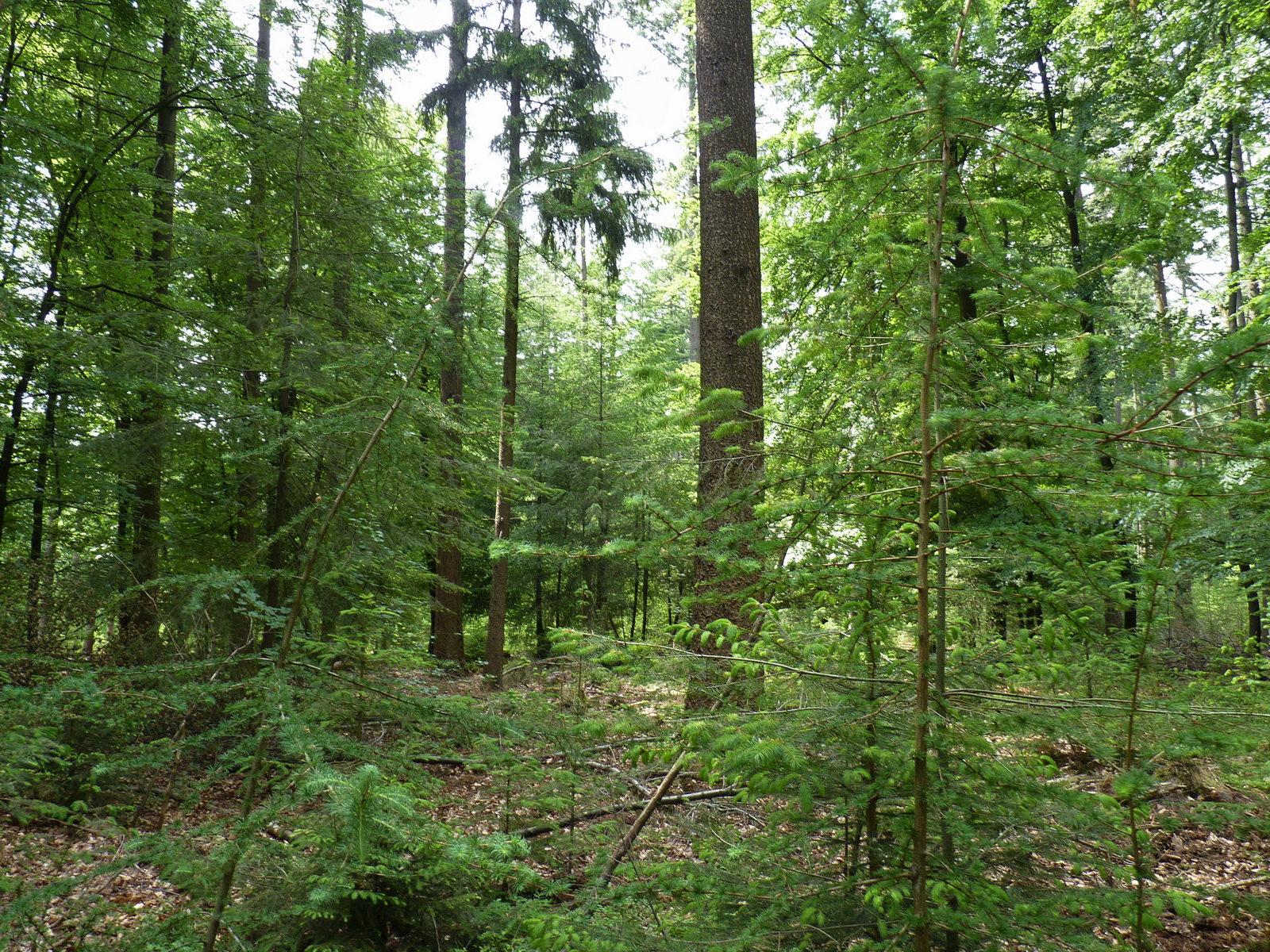 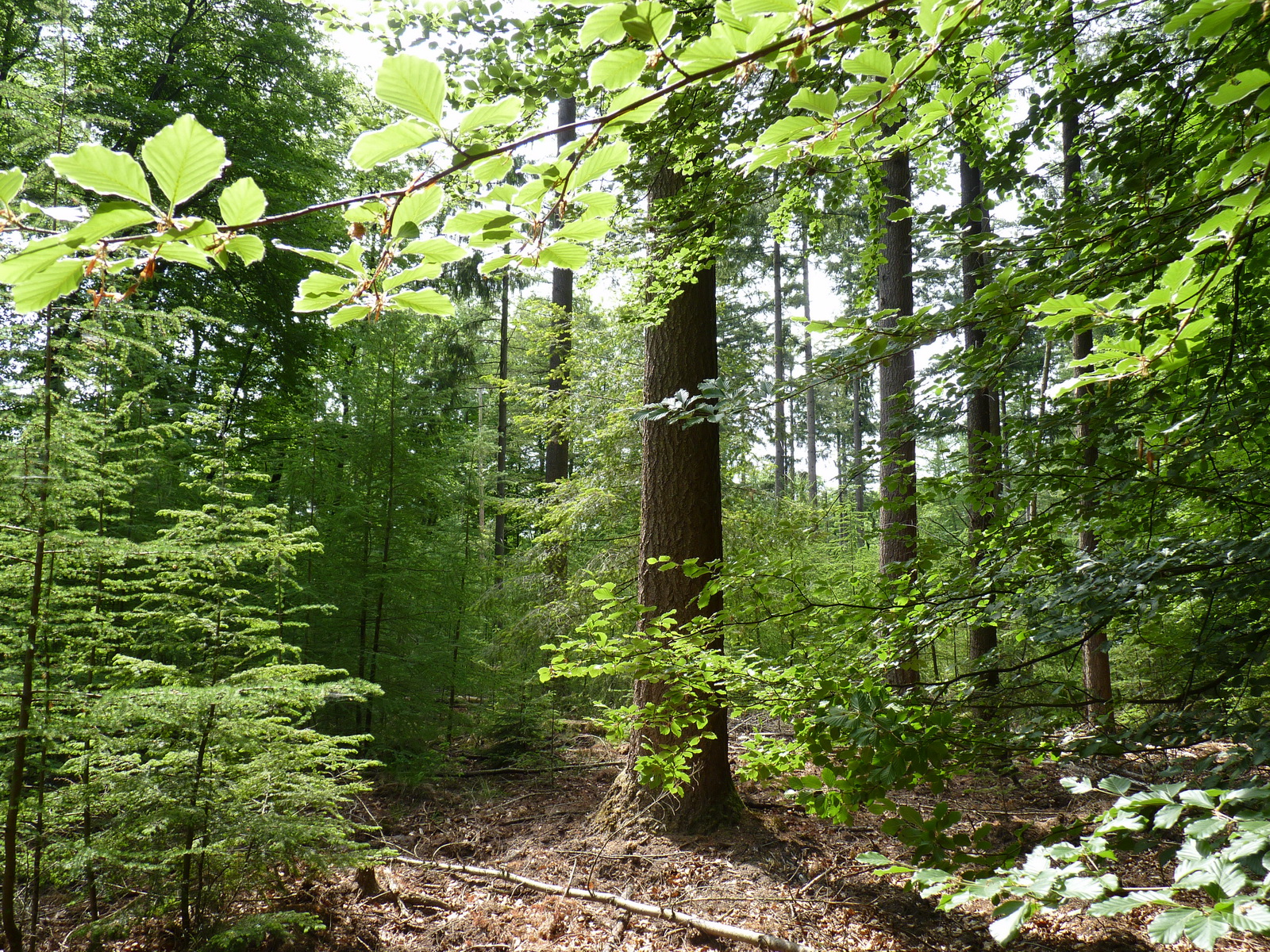 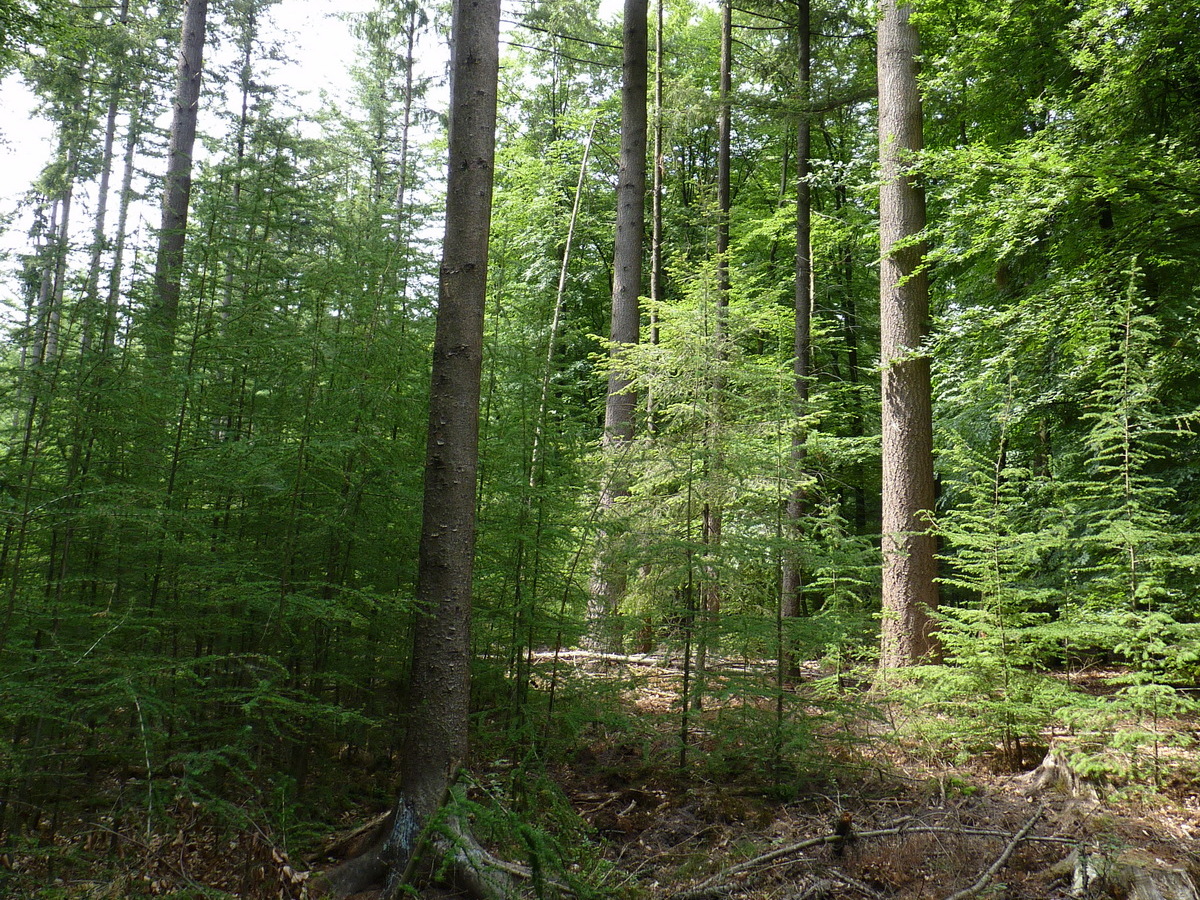 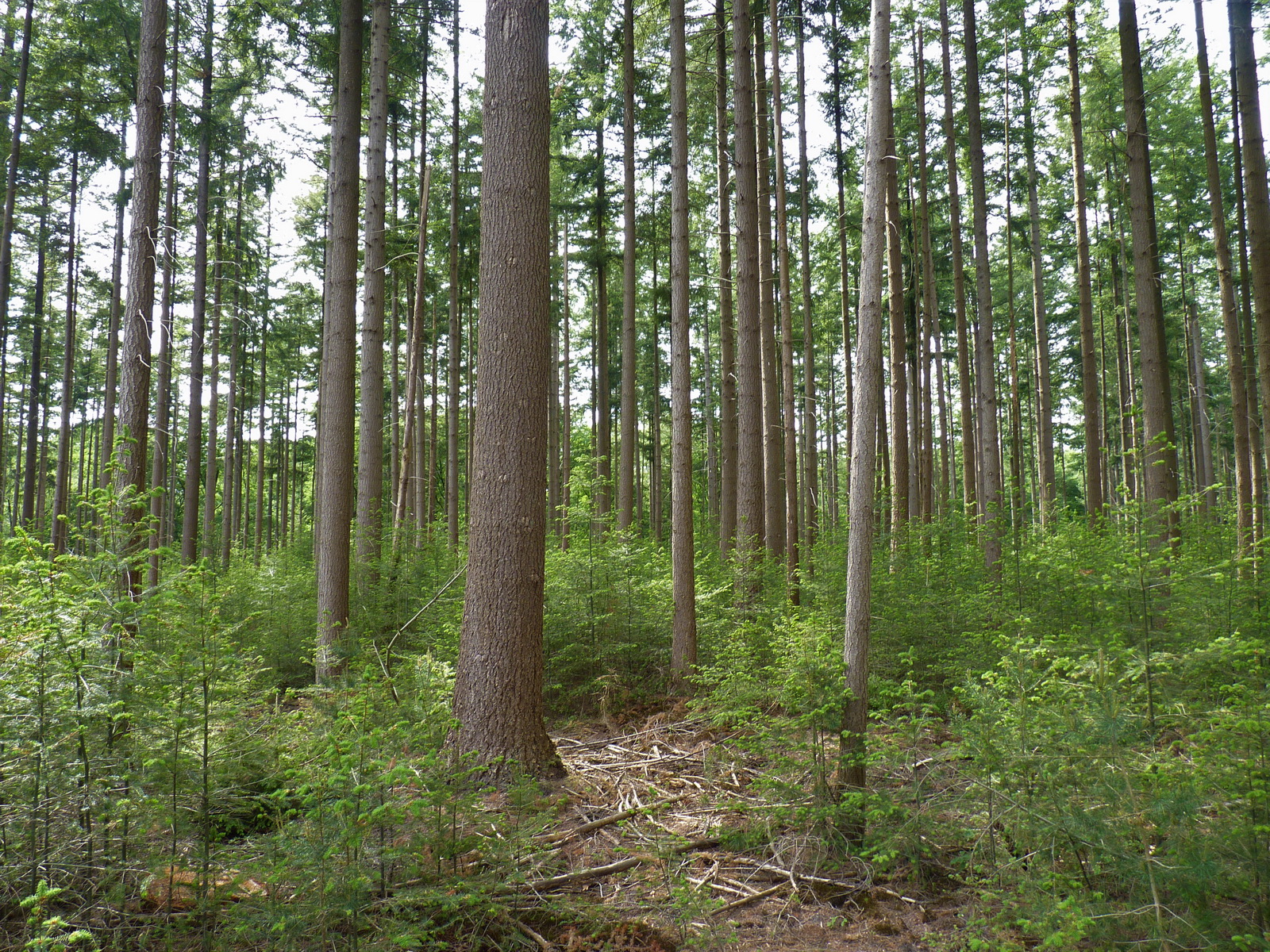 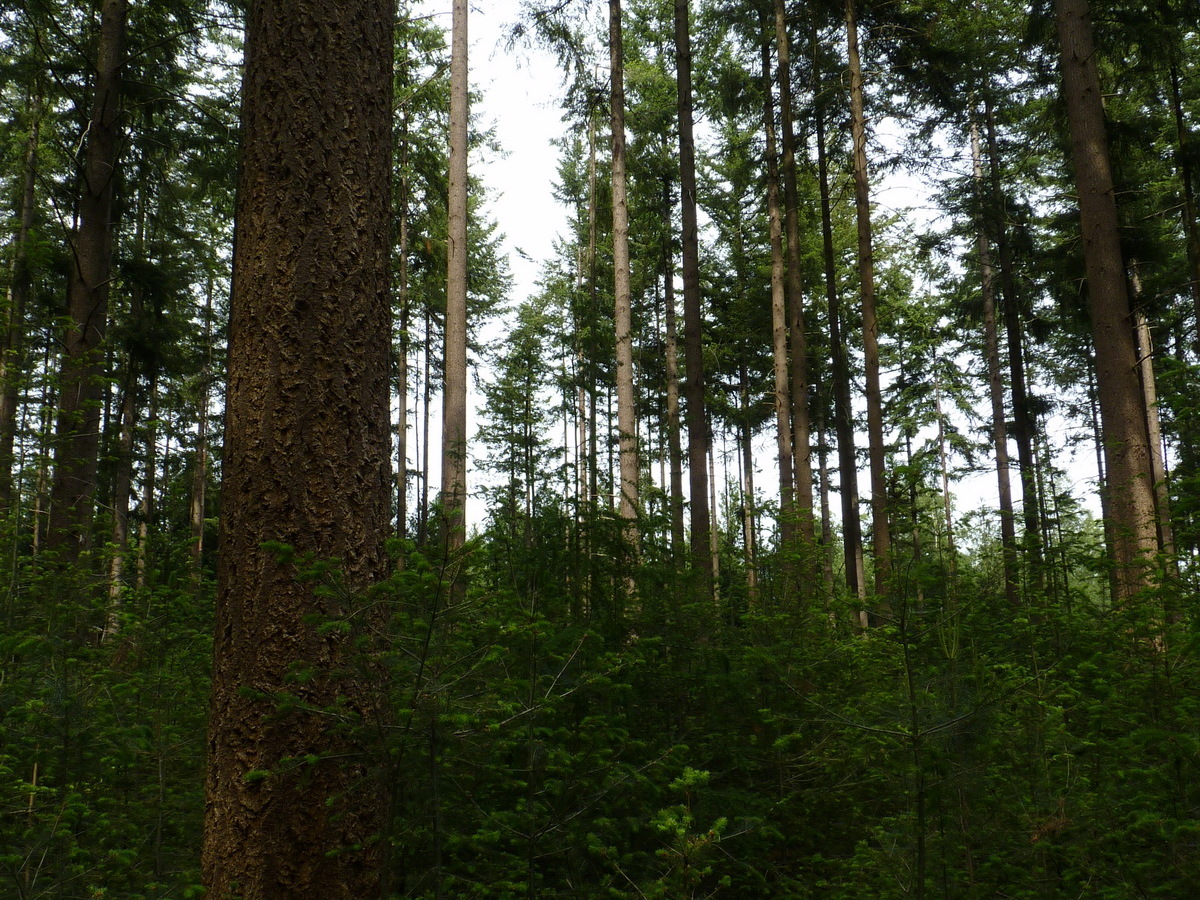 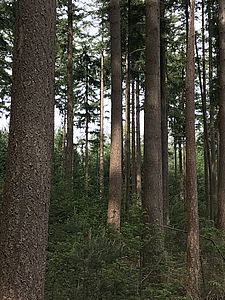 With this excursion Pro Silva Netherlands has achieved a lot to convince People that the Pro Silva single tree selection can be very profitable in a economical way, where it results in sustainable forests. This can result in a big “spin off” for Dutch forest management. “Kroondomein Het Loo” will be present some of these shown stands as “exemplary forest” so that everybody can take knowledge of this approach. They also gave a new impulse to the contacts within forestry education.

There is a lot of discussion in Holland about how to deal with the forest in general. Pro Silva Netherlands would like to share this approach.

Pro Silva Netherland is in the process of raising its profile and wants to make it more visible to the outside world. The single tree selection approach should be taken along on all their excursions as a standard approach. They want to improve their website independent of the forestry association.